To share your memory on the wall of Robert B. \"Bob\" Schneider, sign in using one of the following options:

Provide comfort for the family by sending flowers or planting a tree in memory of Robert B. "Bob" Schneider

Print
The Voice of a Community Champion was Silenced This Week

Bob was born March 8, 1941, in Kenosha, the son of the late Elmer and Marion (Vanderheide) Schneider.
<... Read More
The Voice of a Community Champion was Silenced This Week

Bob was born March 8, 1941, in Kenosha, the son of the late Elmer and Marion (Vanderheide) Schneider.

On May 20, 1966, he married Sigrid Nye in Madison, Wisconsin. Siggi would be his partner in life thereafter, and today is among the legion of family and friends who miss Bob dearly.

After graduating from UW Law School, Bob was a practicing attorney until he followed in his father’s footsteps and entered the banking industry. Bob’s banking career started in the trust department of the First National Bank of Kenosha. Simultaneously, Bob started his civic career by serving on numerous civic committees and boards including the Kenosha County Board of Supervisors.

In the 1970’s, Bob, Siggi and their two daughters moved to McHenry, IL where Bob advanced his career with the McHenry State Bank and continued his civic service. In 1987, Bob seized the opportunity to return to Kenosha and accepted a position in the trust department of the American State Bank and its successor, Heritage Bank.

Upon returning to Kenosha, Bob again continued to serve our community as the chairman of the Southport Lakeshore Development Corporation that oversaw the transformation of the city’s once-industrial lakefront after the departure of American Motors/Chrysler and was instrumental in building the Southport Marina Park and marina.

In 1996, Bob and Siggi left Kenosha one last time, moving to Princeton, IL, to run the trust department of Citizens National bank. He retired from Citizens National Bank in 2006 and he returned to Kenosha. However, the easy life of retirement gave way to his desire to serve his community and in 2008, Bob became the director of the Kenosha Community Foundation.

With the Foundation, Bob found his calling. Bob tirelessly leveraged his deep connections within the community and his considerable charm to yield millions of dollars in charitable contributions to the Foundation and the many community organizations and individuals it serves. Under his leadership, he helped the Foundation grow its assets by 350% from $3 million in 2008 to over $11 million in 2020. In recent years, he was closely involved with the formation of the nonprofit Kenosha Creative Space, the development of which he was proud to see come to fruition.

Outside of his work, Bob was a knowledgeable connoisseur of music — particularly contemporary classical and improvisational jazz — and was a great supporter of the University of Wisconsin-Parkside’s music programs. He also enjoyed art, golf, spending time with his family, and offering a witty aside — or sometimes much more than an aside — for any occasion. Bob was also a life-long Green Bay Packers and Wisconsin Badgers fan.

In recent years, Bob fought through several health issues. However, he was unable to simultaneously fight pre-existing health problems and a Covid-19 infection. Bob passed away on Monday, November 30, 2020, after 10 days in the hospital battling the effects of the virus.

Bob will be deeply missed by his family, his colleagues past and present, and the community that he worked so hard to make that much better.

Bob is survived by his wife Sigrid, his daughters Elizabeth Schneider and Lora (Gregory) Gemignani, and his grandchildren Martin Pitts, Natalie Pitts, Anna Pitts, and Amelia Gemignani; and his brothers Theodore (Sally) Schneider and Richard (Mary) Schneider, and several nieces and nephews.

He was preceded in death by his parents Elmer Schneider and Marion (Vanderheide) Schneider, his niece Kathy Schneider and his nephew Robert Nye.

A memorial service will be held at a later date when we can all gather together safely.

In lieu of flowers, his family would be appreciative of a charitable contribution made either to The Kenosha Community Foundation, Kenosha Creative Space or Kenosha Achievement Center honoring Bob’s lifetime commitment to Kenosha.

A special thank you to Marty Pitts, Sr., who despite the dynamics of a changed family continued to provide support to his father-in-law in so many ways whether it be with a convertible Cadillac ride on a beautiful day or the numerous culinary meals provided, always accompanied with an apple pie or two. Marty’s continued assistance to the family following Bob’s death is greatly appreciated.

Thank you to the staff at Aurora Medical whose around the clock care was beyond medical but performed with kindness, empathy and dignity in his remaining days. You truly are heroes.

Receive notifications about information and event scheduling for Robert B. "Bob" Schneider

Receive text or email updates for Robert B. "Bob" Schneider

You will receive any future notification messages.
No funeral details available.

We encourage you to share your most beloved memories of Robert B. "Bob" Schneider here, so that the family and other loved ones can always see it. You can upload cherished photographs, or share your favorite stories, and can even comment on those shared by others.

Posted Dec 06, 2020 at 01:01pm
Bob welcomed David and me into the Kenosha community. He was so supportive of our non-profit arts organization, and we so enjoyed visiting with him and Siggi. He will be greatly missed.
Comment Share
Share via: 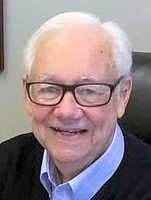