To share your memory on the wall of Robert C. \"Bob\" Nelson, sign in using one of the following options:

Provide comfort for the family by sending flowers or planting a tree in memory of Robert C. "Bob" Nelson

Provide comfort for the family by sending flowers or planting a tree in memory of Robert C. "Bob" Nelson

Born in Kenosha, on October 2, 1928, he was the son of the late George E. and Pearl L. (Bostetter) Nelson, Sr. A lifelong resident of Kenosha, he was educated in local schools.

Bob started his career with David Nelson & Son – Mayflower Moving & Storage Company. Bob, with his brothers (George, David, and C. Richard) and partner Horton (Al) Bane, formed Bane-Nelson, Inc. in 1965 to service the industrial and commercial community of Kenosha, Southeastern Wisconsin, and Northern Illinois. He served as President of Bane-Nelson, Inc. from 1965 until his passing.

He continued to be an inspiration to all his employees and family through his presence in his office until his passing. He led by example, and it gave him great joy to be among his Bane-Nelson family.

Bob spent his life in service to others. Bob served in the Wisconsin National Guard for 12 years, attained the rank of 1st Lieutenant and was Commander of the 126th Field Artillery Headquarters in Kenosha. He served as the 1985 United Way General Campaign Chairperson. Bob was a Kenosha Civics Veteran Parade Honoree in 1987. In 1996, Bob was voted “Business Person of the Year”, as presented by Heritage Bank. He was given the Chairman’s Award from Kemper Center in 1999. In 2004 he received the “Community Service / Humanitarian Award” from the Kenosha Area Chamber of Commerce. Bob has also been an active supporter of the Boy Scouts of America for more than 58 years, including past 2-term President of the Southeast Wisconsin Council. He was also a recipient of the highest awards in scouting – the “Silver Beaver” and “Silver Antelope” Award. Bob was also given by the Archdiocese Committee on scouting the “St. George Award” and he received the BSA “Order of the Arrow Centurion Award”. More recently on October 24, 2020 the rebuilt tee pee pavilion at Boy Scout camp Oh-Da-Ko-Ta was dedicated in his honor. Serving as Past Area Chair for the Employer Support of the Guard & Reserves (ESGR). He was awarded the “2012-2013 ESGR Jack Weissgerber Award of Excellence” and he received the “2018 ESGR Lifetime Achievement Award” from the United States of America Department of Defense. Bob was actively involved in the community as a member of the Rotary Club of Kenosha for 47 years and served on its Board of Directors as well as for many other non-profit organizations, such as: St. Joseph Catholic Academy, Boys and Girls Club and Serra Club.

Bob was an active member at St. Mary Catholic Church and of his good friend Father Mike Neumann’s Wednesday morning men’s prayer group. In addition, Bob was a founding member in 1985 to his long-time men’s prayer group that still meets today.

In addition to family gatherings, Bob enjoyed many wonderful years of traveling with his wife Rose, throughout the United States. He also loved spending time with his family at his cabin in Lake Delton, WI.

Bob was an avid Brewer fan and looked forward to watching the games on tv. His affection for the rescue Sheltie dogs he raised throughout the years gave him great pleasure. We all believe Bob would truly say that his greatest joy would be the love he has for his family and friends and his deep & lasting faith in God.

Many special “thank you’s” go to: Bob’s doctor, Rodrigo Mata III, MD, who always took great care of Bob. The nurses and doctors who cared for Bob at Froedtert South Hospital during the last two weeks. His wonderful friend & Chaplin, Dave Baugher who saw and gave great comfort to Bob every day while in the hospital, and allowed us to speak to him through the phone and facetiming/skyping; what a blessing you were to all of us. To his loyal friend William (Willy) Waldron who loved and cared for him, they truly enjoyed each other’s friendship. Tammy Clauser, who was Bob’s loving caregiver these past two years. Also Bob’s life-long friends, Tom McTernan and Joe Sexton for all the many years of wonderful memories and friendship that they shared together.

We are all so thankful for the many wonderful, cherished and faithful family, friends, and employees who have blessed Bob with their friendship and love.

In lieu of flowers, the family would like any donations/memorials for Bob to go to; St. Mary Catholic Church, St. Joseph Catholic Academy, the Three Harbors Council Boy Scouts of America, Sleep in Heavenly Peace–WI Racine/Kenosha, Shalom Center, and Boys and Girls Club of Kenosha.

We encourage you to share your most beloved memories of Robert C. "Bob" Nelson here, so that the family and other loved ones can always see it. You can upload cherished photographs, or share your favorite stories, and can even comment on those shared by others.

Posted Dec 12, 2020 at 06:47pm
Bob was a well respected man. It was a pleasure working for him. My deepest condolences to your family.
Dean & Christine Moser
Comment Share
Share via:
LM

Posted Dec 06, 2020 at 08:35pm
Rose, Judy, and Larry, We are so saddened by the loss of you husband/father. We loved Bob. His quiet ways and his gentleness. You will be in our heart

Posted Nov 30, 2020 at 11:05am
Larry and Kathy,
Our sympathies go out to you and your family at Bob's passing. May he rest in peace, having done an exemplary job here on Earth.
Comment Share
Share via:

Posted Nov 28, 2020 at 05:17pm
Mr. Nelson was a person that I knew and respected going back to the late 1980's with out Mt. Carmel Men's Prayer Group. Mr. Nelson, like my own father, was from the 'old school' of business owners, where your employees were thought of and treated like your family, and the community you lived in was that place where you anonymously contributed your time and efforts in making it a good place to raise a family and live without any thought of getting anything in return.
As the line went in 'It's a Wonderful Life', "No man is a failure who has friends", Mr. Nelson was Blessed with many friends that he knew, and many many more whom were helped in life by his selfless and anonymous actions. 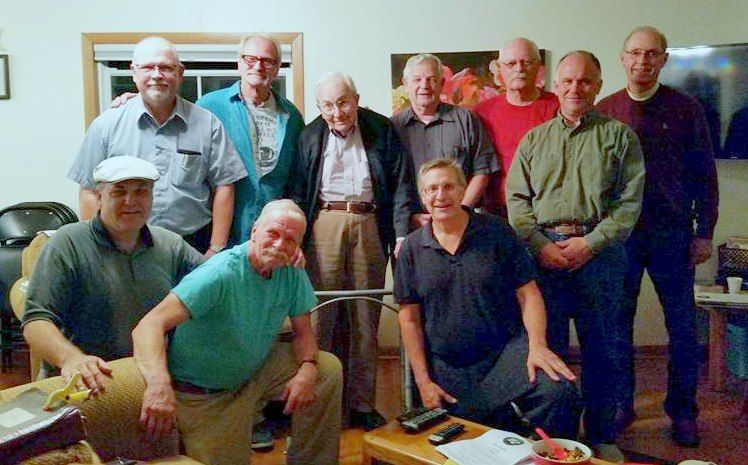 Posted Nov 28, 2020 at 05:05pm
Mr. Nelson was a person that I knew and respected going back to the late 1980's. Mr. Nelson, like my own father, was from the 'old school' of business owners, where your employees were thought of and treated like your family, and the community you lived in was that place where you anonymously contributed your time and efforts in making it a good place to raise a family and live without any thought of getting anything in return.
As the line went in 'It's a Wonderful Life', "No man is a failure who has friends", Mr. Nelson was Blessed with many friends that he knew, and many many more whom were helped in life by his selfless and anonymous actions. 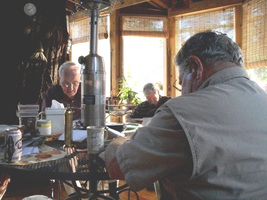 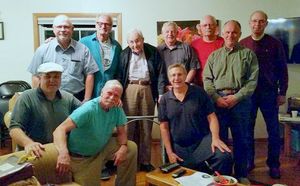 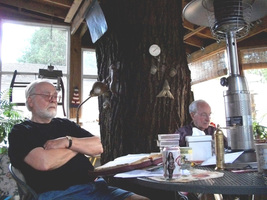