To share your memory on the wall of Trevor Albrecht, sign in using one of the following options:

Print
Trevor Potter Albrecht, 41, of Paris, WI, passed away unexpectedly after a snowmobile accident in Iron County, WI, on January 16, 2021.

Born in Elizabeth, IL on October 2, 1979, he was the son of Bradley and Candis (Potter) Albrecht. He... Read More
Trevor Potter Albrecht, 41, of Paris, WI, passed away unexpectedly after a snowmobile accident in Iron County, WI, on January 16, 2021.

Born in Elizabeth, IL on October 2, 1979, he was the son of Bradley and Candis (Potter) Albrecht. He was a graduate of Western Illinois University, where he earned his bachelor’s degree in ROTC/Criminal Justice. He moved to Kenosha from Rockford, IL 15 years ago.

Trevor served as a Captain in the Army National Guard from August 2001, until January 2010. He earned 2 Bronze Stars in Operation Iraqi Freedom.

Trevor was employed by the Kenosha Police Department since 2006. He was a Sergeant in charge of their Special Investigations Unit.

He was a lifetime member of the Veterans of Foreign Wars.

In his free time, he enjoyed spending time with his children, family, and friends; fishing, snowmobiling, listening to country music, watching the Chicago Bears; and attending sporting events, especially those for his nieces and nephews.

Trevor is survived by his loving wife Jessie Albrecht of Paris, WI; his two beautiful children, Otto (7) and Iris (4); his parents, Bradley and Candis Albrecht of Elizabeth, IL; his brother, Shean (Corey) Albrecht; his in-laws, Jane and Bob Carlson; and two brothers-in-law, Matt (Angela) Carlson and Danny (Devin) Carlson. He is further survived by several nieces and nephews, other family, and friends.

Receive notifications about information and event scheduling for Trevor

We encourage you to share your most beloved memories of Trevor here, so that the family and other loved ones can always see it. You can upload cherished photographs, or share your favorite stories, and can even comment on those shared by others.

Posted Jan 20, 2021 at 10:33pm
Comforting words cannot come on how shocked I am to hear of the passing of Trevor. Have known Candi & Brad and their family for a long time. My thoughts and prayers go out to Trevor's wife and kids, Candi & Brad and Shawn and his family. Stay strong and rely on the many memories that I know you had together.
Comment Share
Share via:
RW

Posted Jan 20, 2021 at 08:29pm
Words cannot express how sorry I am for your loss.. I am a friend of Cheryl and Candy, and have heard such wonderful things of Trevor.. May God give you strength during these hard times
Comment Share
Share via:
GS

Posted Jan 20, 2021 at 03:20pm
Brad, Candy, Shean and Family, Emily & I were stunned by the news about Trevor and are I'm praying for everyone. My most vivid memories of Trevor go back to Brads coaching days when Trevor would sit on the bench next to Brad with in his sport coat, Tie and holding a clipboard. He always seemed to be so calm even when Brad was Coaching.

Posted Jan 20, 2021 at 02:47pm
I had the pleasure of teaching and coaching Trevor while at River Ridge. What a great young man with an infectious smile and a great personality, so representative of the entire family. It's been a number of years since I had talked to Trevor but I know I will miss him dearly. All my families thoughts and prayers to the wonderful Albrecht family. 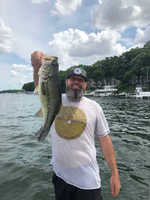 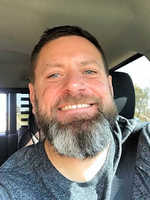 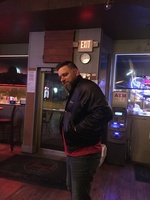 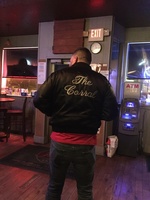