To share your memory on the wall of Robert Stockdale, sign in using one of the following options:

Born in Kenosha, on September 20, 1930, he was the only child of Henry and Agnes (Gangsted) Stockdale. A lifelong resident ... Read More
Robert M. “Bob” Stockdale, 90, of Kenosha, passed away peacefully at his home on Friday, November 6, 2020.

Born in Kenosha, on September 20, 1930, he was the only child of Henry and Agnes (Gangsted) Stockdale. A lifelong resident of Kenosha, he was educated in local schools and graduated from Mary D. Bradford High School in 1948. He was a member of the Bradford Alumni Committee.

Bob served in the US Army from 1951 until his honorable discharge in 1953.

On November 14, 1955, he married Phyllis Reiter at Trinity Lutheran Church. Together they enjoyed traveling and running P & R Estate Sales.

Bob was an avid musician. Not only did he enjoy listening to classical music he also played and was an instructor to many students over the years. He began his career in music working at Music Center for many years, then went on to own and operate the Robert Wayne School of Music. He continued to teach classical piano until 2015.

Aside from music, Bob loved skiing, and spending time with his friends. He was a member and past president of Kiwanis Club and enjoyed getting together with the members of the 306 Club.

He is preceded in death by his parents; and his beloved wife, Phyllis, on August 29, 2011.

Receive notifications about information and event scheduling for Robert

We encourage you to share your most beloved memories of Robert here, so that the family and other loved ones can always see it. You can upload cherished photographs, or share your favorite stories, and can even comment on those shared by others.

Posted Nov 12, 2020 at 12:46pm
Bob, Thank you for always being such good neighbor and friend! You will be terribly missed and I will miss having a martini with you on hot summer nig

Mabel, Alex, Melanie and Giovanna purchased flowers and planted a memorial tree for the family of Robert Stockdale.

Posted Nov 12, 2020 at 10:31am
Our sincere condolences to the Stockdale family.
Bob has been a dear friend for 50 years, a lot of stories could be told, but won’t. Western Kiwanis was the glue that kept us friends throughout the years.
God rest your soul Robert.
Comment Share
Share via:
HS

Posted Nov 12, 2020 at 09:26am
With Deepest Sympathy and Love, From Your Cousins Heidi and Mark Reiter

Flowers were purchased for the family of Robert Stockdale.

Posted Nov 12, 2020 at 06:44am
We are so sorry to hear of Bob’s passing! What a great man! A martini will be toasted in his honor.
Boyd and Theresa Klofenstine

Posted Nov 11, 2020 at 12:45pm
Linda and I are very sorry to know that we will not have Bob in our lives any more. Robert Stockdale and I have many happy and lovely family times together. You will be missed!
Comment Share
Share via: 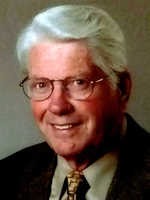