To share your memory on the wall of Paul Wokwicz, sign in using one of the following options:

Paul was born April 2, 1933, in Milwaukee, WI the son of Polish immigrants Paul and Alexandra (Drobiszewski) Wojtkiewicz. He graduated from Marquette University with a Doctor of Law degree in 1957. He moved his law practice from Milwaukee to Kenosha in 1961, where he has served the southeastern Wisconsin communities ever since. Paul proudly served his country from 1957-1963 as a U.S. Army Reservist. On November 23, 1963, he married the love of his life, Eleane Bushman, of Ossian, IA.

Although Paul was a very accomplished man, that was not what was most important to him. He was humble and self-deprecating. Paul was a family man. He loved spending time with his children and grandchildren, teaching them anything he could. Paul always told his family, “Do the right thing, the good thing and doing right isn’t that complicated…people know what is right and good”. He would say, “Always look for a person’s character; look to see who they serve. Do they put themselves and self-interest above others?” He also said, “It doesn’t matter what you do, but how you do it. Respect people for their character and actions. It doesn’t matter if they dig a ditch or are a rich professional, look to a person’s character.” He rejected “materialism” and status and did not care about those things. To him, they are not what mattered. Paul was never judgmental, only compassionate; never pompous or preachy. He said, “You never know what another person’s circumstances may be; we don’t know about their upbringing or what is going on in their lives, so have compassion.” He loved fishing, especially with his dad, as a quiet time to talk, ruminate, and think. He loved nature, animals, gardening and sharing his vegetables and fruits with others. A tender and thoughtful person who would say to respect all living things.

In addition to his parents, Paul was preceded in death by a brother, Thomas Wojtkiewicz, and a granddaughter, Catherine Anne Semenas.

We would like to remember Paul with the following thought which sums up his philosophy in life, “I already knew how I was going to treat you, long before we ever met”.

Receive notifications about information and event scheduling for Paul

There are no events scheduled. You can still show your support by sending flowers directly to the family, or planting a memorial tree in memory of Paul F. Wokwicz.
Plant a Tree

We encourage you to share your most beloved memories of Paul here, so that the family and other loved ones can always see it. You can upload cherished photographs, or share your favorite stories, and can even comment on those shared by others.

Plant a Tree in Memory of Paul
Plant a tree
0 trees have been planted in memory of Paul F. Wokwicz
JS

Posted Mar 24, 2021 at 07:17pm
Paul and Paula, I'm sorry for your loss. Your dad was always kind and supportive. Wishing you peace and comfort in the coming days. Jennifer Somerlott
Comment Share
Share via:
JR

Posted Mar 22, 2021 at 09:56pm
Our thoughts and prayers are with each of you during this most difficult time. We have many fond memories of Paul and Eleane and their beautiful children! What a beautiful obituary! Love and prayers, the Ironside Family
Comment Share
Share via: 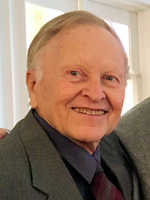