To share your memory on the wall of Michael Conley, sign in using one of the following options:

Born on October 8, 1957 in Evanston, IL, he was the son of the late James and Rita (Storch) Conl... Read More
Michael Patrick Conley, 63, of Kenosha, passed away on Friday, November 13, 2020, at Hospice Alliance Hospice House in Pleasant Prairie.

Born on October 8, 1957 in Evanston, IL, he was the son of the late James and Rita (Storch) Conley. Mike attended Carmel High School, where he played football; and went on to further his education at Western Illinois University. On April 17, 1993 he married Jane (Fulton) at St. Gregory’s Episcopal Church in Deerfield, IL. Together they raised a beautiful daughter, Erin, whom Michael was very proud of. He worked as a Purchasing Manager for Shure, Inc. for 33 years, before retiring in 2013.

Mike was a fan of the Chicago Bears, Blackhawks and Cubs. He enjoyed watching all things sports including NASCAR, golf, and all professional as well as collegiate level football games. Mike enjoyed traveling. A particular favorite destination was Puerto Vallarta, Mexico. Some of the most memorable trips he made were with his family to Scotland and Ireland.

A memorial service for Michael will be held at a later date. In lieu of flowers, the family has asked that memorial contributions be made to the American Liver Foundation.

There are no events scheduled. You can still show your support by sending flowers directly to the family, or planting a memorial tree in memory of Michael P. Conley.
Plant a Tree 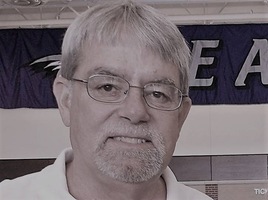