To share your memory on the wall of Gerald Schmidt, sign in using one of the following options:

Born in Kenosha, on November 17, 1939, Gary was the son of the late Stanford and Luella (Allen) Schmidt.

He enlisted in the United States Air Force on September 24, 1959 and served as a radar technician. Gary was sent many places during his service including Vietnam and Iceland. He also worked in a computer lab in Columbus, OH. Gary earned his GED while he was in the service. He was honorably discharged on September 23, 1963.

Gary was well liked throughout school and made many friends. He was witty and fun to be with. He received various honors and awards while in high school. He had an interest and hobby in art, especially painting with oils and watercolors, and had a painting hung at the Philadelphia Art Museum before leaving high school.

Gary was preceded in death by his siblings, Constance, Dorothy, Robert, William, James, Richard, and Lawrence.

Funeral services will be held on Wednesday, January 20, 2021, at Southern Wisconsin Veterans Memorial Cemetery at 1:00 p.m. at the outside committal shelter with Full Military Honors.

Receive notifications about information and event scheduling for Gerald

We encourage you to share your most beloved memories of Gerald here, so that the family and other loved ones can always see it. You can upload cherished photographs, or share your favorite stories, and can even comment on those shared by others.

Plant a Tree in Memory of Gerald
Plant a tree 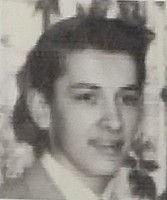 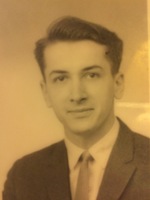