To share your memory on the wall of George Propeck, sign in using one of the following options:

He was born March 23, 1936, in Santa Anna of DeWitt County, IL, the son of the late George E. and Opal (Lawson) Propeck. He grew up in Broadview and graduated from Proviso East High School. On February 15, 1955, he married Diane Janecek in Chicago, IL. He went on to work as an operating engineer for many years as a member of IUOE Local #150 before owning and operating Budron Excavating Co, West Chicago, IL for over forty years. During this time the company was the first to do, Top Down Construction, in downtown Chicago.

He was a very industrious person and extremely particular in wanting anything he did to be top notch. “If you are going to do something, do it right”. He always loved keeping busy and never had less than three projects in the works at all times. He served in the United States Navy for eight years and continued his quest for being on the water by fishing, lake cruising and site seeing with friends and family.

His passion for gardening was out of this world. He would spend hours with mom (Diane) starting plants from seeds and growing a garden so big he could share the crops with family, friends, and neighbors. His gardens would equate to a half of football field and he was in his glory rototilling, pulling weeds, watering, fertilizing and just being outside with nature and the animals. All that knew Ron were fortunate to have been blessed with such a kind, loving human being. He would help anyone with anything and give them the shirt off his back if needed.

Our family was blessed to have such a wonderful Husband, Dad, Grandpa and Great Grandpa and he will never be forgotten and will always be in our hearts forever.

In addition to his parents, Ron was preceded in death by his brother Dr. Stephen Propeck.

Receive notifications about information and event scheduling for George

There are no events scheduled. You can still show your support by sending flowers directly to the family, or planting a memorial tree in memory of George Ronald "Ron" Propeck Sr..
Plant a Tree

We encourage you to share your most beloved memories of George here, so that the family and other loved ones can always see it. You can upload cherished photographs, or share your favorite stories, and can even comment on those shared by others.

Posted Jan 09, 2021 at 03:52pm
Ron Propeck was my cousin, about 10 years older than I. Ron grew up in the Chicago area and my family (from Rantoul, Ill) moved to Northern California (near San Francisco) so didn't get to spend as much time with him as I would have wished. When we were kids and our families met at our Grandmothers in Farmer City Ron and his brother Steve (deceased) played hide and seek with us younger kids and we could never find them and not until I was an adult did I discover how they fooled us. It was great fun. When we visited Ron and his parents in Chicago Ronnie, as we called him, always told us spooky stories before bedtime. He was such fun even as a kid. Over the years Ron and his brother and parents visited us in California and when I went back to see his mom when she had cancer I saw him and he would always have fun stories to relate to us. We visited Ron and Diane about 10 years ago in their Wisconsin home. We've kept in touch mostly at the holiday time since. Ron was a super person and his wife Diane is as well. May Ron rest in peace and our thoughts and prayers are with Diane and their family. Love, Jane and
Rich Gallup, Costa Mesa, CA
Comment Share
Share via:
RG

Posted Jan 04, 2021 at 07:34pm
I MET RON IN 1976.
WHAT A PRIVILEGE IT HAS BEEN FOR ME TO HAVE WORKED WITH, WORKED FOR,'
AND HAD A FRIEND LIKE RON. AN HONEST ,KIND, GIVING, NATURAL, BLUE COLLAR
GUY WHO HAD MORE SIDE PROJECTS GOING THAN ANYONE I HAVE EVER KNOWN.
HIS ENERGY AND SENSE OF HUMOR WILL SURELY BE MISSED BY HIS FAMILY,
AND MANY,MANY FRIENDS.
ROGER&JUDY GRAVIN

Posted Jan 03, 2021 at 12:43pm
To all the Propeck Family
Dennis and I were truly saddened to hear that he had passed our thoughts and prayers go to you all Dennis knows most of you better than I do and he is truly saddened for you loss. Saying goodbye to a parent is the roughest thing we both went through and we understand your loss if there is anything we could do to help we would. We know this is an impossible time and that only time will make it less painful again our thoughts and prayers go out to you on your loss
Comment Share
Share via:
TD 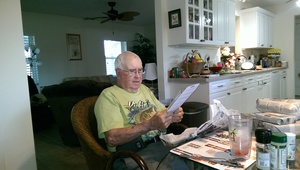 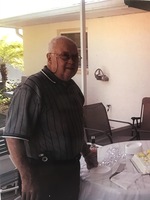 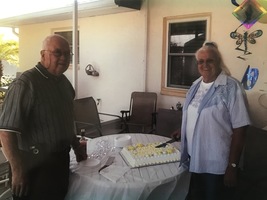