To share your memory on the wall of Gary Burns, sign in using one of the following options:

He was born February 17, 1939, in Kenosha, WI the son of the late Cecil J. and Mae Anna (Utech) Burns and remained a lifelong resident. Gary graduated from Bradford High School and on May 7, 1960, he married Linda Sturm. He then proudly served in the U.S. Army from 1961-1963. He was employed by Abbott Laboratories for many years and retired as a purchasing agent.

Gary served as a volunteer firefighter for the Village of Pleasant Prairie for many years and was an avid hunter and fisherman. He also volunteered his time coaching CYO Football and enjoyed participating in the Badger State Games trap shooting competition, which he won the championship in July of 1999 in his age group.

In addition to his parents, Gary was preceded in death by a sister, Darlene Baggs.

Funeral Services and interment will be private. Arrangements were entrusted to Proko Funeral Home.

There are no events scheduled. You can still show your support by sending flowers directly to the family, or planting a memorial tree in memory of Gary J. Burns.
Plant a Tree

Plant a Tree in Memory of Gary
Plant a tree 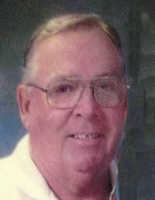