To share your memory on the wall of Everett Anderson, sign in using one of the following options:

He was born December 5, 1924, in Eau Claire, WI the son of the late Arthur and Rose (Instenes) Anderson. Everett proudly served in the U.S. Army Air Forces during World War II; he earned the rank of Sergeant and served in the South Pacific on a B24 Bomber as a ball turret gunner. Everett received several medals, including three battle stars, Philippine Liberation, WWII Service Medal and Asiatic Pacific Medal; he was honorably discharged in 1946.

On August 14, 1960, he married Eileen Knudtson at the Little Brown Church, in Nashua, IA.

He was a member of Trinity Lutheran Church, Kenosha, UAW Local #72 retiree, and a Life Member of the VFW Post #1865. Everett was also a former member of the Moose Lodge #286 and the Tuesday Muni Senior Golf League.

Everett worked for Presto Industries in Eau Claire, WI for 12 years, and after settling in Kenosha, WI, he worked as a machine operator for American Motor Corp for 30 years before his retirement in November of 1988.

In addition to his parents, Everett was preceded in death by a sister, LaVerne Ellingson.

Receive notifications about information and event scheduling for Everett

We encourage you to share your most beloved memories of Everett here, so that the family and other loved ones can always see it. You can upload cherished photographs, or share your favorite stories, and can even comment on those shared by others.

Posted Oct 20, 2020 at 07:31am
Dear Eileen, Julie & Bruce, my deepest sympathies to you all. I have such found memories as a child of spending time time with your family. Everett was always so kind to me and will be sadly missed.
Best regards,
Janet (Burrow) Mattner.
Comment Share
Share via:
TS

Todd and Lisa Schatzka purchased flowers for the family of Everett Anderson.

Flowers were purchased for the family of Everett Anderson.

Posted Oct 16, 2020 at 12:21pm
Thinking of you and Uncle Everett and many childhood memories. Our thoughts are with you, Julie and Bruce and the entire family.

Deborah, Michael and James Bailey purchased flowers for the family of Everett Anderson. 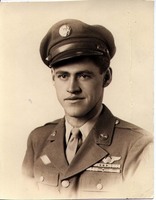