To share your memory on the wall of Dylan Kennedy, sign in using one of the following options:

On September 10th, 1999, in Jacksonville, FL, at Naval Hospital Jacksonville, Dylan was born the fourth of seven children to LT Warren Keith Kennedy MSC, USN-RET and Theresa Jean (Habra) Kennedy. Growing up a Navy Brat, Dylan and his family lived in many different states, enjoying every aspect of the Military life. Most cherished were the memories with his 6 siblings on long road trips and vacations, which held endless laughs and pure happiness. Starting pre-school in San Diego, Dylan discovered his favorite classes were recess and lunch. While attending St. Anastasia Catholic School in Waukegan for K-5th grade, Dylan participated in Rosary Club and began Cub Scouts. The Kennedy family lived on Base at Naval Station Great Lakes, and there Dylan found his love for the outdoors, through endless adventures of fishing, swimming, and playing alongside his siblings and two lifelong friends. Dylan then attended St. Joseph Catholic Academy in Kenosha for 6th through 8th grade, where his countless antics and shenanigans came into full bloom. There he continued into Boy Scouts and was introduced into the musical theatre life, by his older siblings. Continuing at SJCA for high school, Dylan made his mark through the Wrestling team, Track team, Retreat team, and building sets and managing backstage on Theater Stage Crew. He was also an avid leader of school spirit and Lancer pride. In 2015, Dylan received the only “Fan of the Year'' award ever given. After graduating with the SJCA Class of 2017, Dylan enlisted in the United States Navy. Graduating from boot camp at Naval Station Great Lakes in January of 2018, he began his Naval career, proudly serving his country with his patriotism fueling his passion. He was then assigned to his first and only Duty Station aboard the aircraft carrier, the USS NIMITZ CVN-68, home ported in Bremerton, WA. During his time on the ship, Dylan worked in the Ships Laundry and later earning his coveted ‘yellow shirt’, the highest position held by a Boatswain's Mate, spent time on the hanger bay directing the movement of aircraft, along with operating, maintaining, and performing organizational maintenance on equipment used to move and hoist aircraft. He made close friendships with his shipmates, where he embraced the culture of those around him through their music, food, and cooking; his latest love being the Polynesian culture. With plans of advancing his skydiving, bodybuilding, and cooking skills, Dylan lived life to the fullest and had a very bright future ahead of him.

Dylan mostly cherished the times he spent eating. Always living for the next meal, he enjoyed cooking for his fellow foodies. Dylan was also an avid outdoorsman; he loved to go hunting, fishing, hiking, shooting, and camping. Some of his proudest achievements involved killing an 8-pt buck with his bow and arrow, catching large game fish, hunting waterfowl, and being an excellent marksman. Within school, Dylan messed around with everyone and left a trail of fun memories no matter where he went. Since Dylan and his siblings were raised in the Catholic Church, he was a leader in Christ aboard the ship, taking charge to set up prayers and readings for Masses. He was dedicated to attending services on the aircraft carrier, even if he had to run across the entire 1,000ft vessel to get there on time. A happy-go-lucky kid, Dylan was a natural charmer, and his charismatic way remains unrivaled. Dylan was a terrific young man, whose quick wit, infectious smile, and energetic personality made him lovable to everyone. His goofy and contagious laugh will always be remembered. Dylan’s strong love for his family meant that their time spent together was treasured. Forever the middle child, Dylan will live on in the broken hearts of his siblings and parents. He will be sorely missed but will never be forgotten.

Visitation will take place on Saturday, May 8th, at Proko Funeral Home, from 10:30a until 1:30p; Rosary recited at 11:00a. A Mass of Christian Burial will be at St. Anthony’s Catholic Church on Saturday, May 8th, at 2:00p. To live stream the service, please click https://www.facebook.com/events/2881738138773518/ at the time of Mass. Following Mass, Internment will follow at All Saints Cemetery with full Military Honors. Facial coverings are required for those attending. In lieu of flowers, the family asks for donations in Dylan’s name to be sent to Mission 22, Wounded Warrior Project, or Kenosha’s St. Anthony’s Catholic Church, 2223 51st St, Kenosha, WI 53140.

Receive notifications about information and event scheduling for Dylan

We encourage you to share your most beloved memories of Dylan here, so that the family and other loved ones can always see it. You can upload cherished photographs, or share your favorite stories, and can even comment on those shared by others.

Posted May 12, 2021 at 04:55pm
Our condolences from Knights of Columbus Insurance. “May the souls of the faithful departed, through the mercy of God, rest in peace. Amen.”
Comment Share
Share via:
TK

Posted May 07, 2021 at 11:28am
Keith & Family,
We are so sorry for your loss. It sounds like Dylan was an amazing & fun guy to be around. Keep all the memories in your hearts and know that your family will be in our thoughts & prayers.

Posted May 06, 2021 at 06:44pm
Dylan was a memorable Boy Scout. He always wore a smile and had something positive to say. On a hike Dylan mentioned
bagging a deer. He and a number of Scouts were working on the Cooking Merit Badge. Dylan agreed to supply venison for the Scouts to cook at an upcoming camp out. The Scouts cooked venison chili and then out did themselves preparing Venison Stroganoff. The Scouts more than fulfilled their camp cooking requirement and we all ate like kings. Dylan and his wonderful family are in my prayers. Chuck Colver, BSA Cooking Merit Badge Counselor
Comment Share
Share via:
PZ

Doc, you have my deepest sympathy at this time. My thoughts and prayers are with your family. 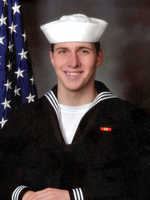