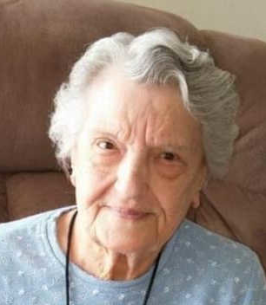 Dolores Hilda Clark, 98 years old, of Sturtevant, WI passed away Tuesday, May 3, 2022, at the Bay of Sheridan in Kenosha, WI.

She was born April 29, 1924, in Milwaukee, WI the daughter of the late Albert and Hilda (Redman) Hardell.

Dolores married Daniel Clark in California. Together they moved to Milwaukee, WI to raise their family, and later Sturtevant. She was an avid reader, enjoyed watching movies & game shows, and liked to travel to Las Vegas to play video poker. Above all, Dolores cherished time spent with her grandchildren.

In addition to her husband, she was preceded in death by her son, John Clark; her daughter, Lori Fallon; her son-in-law, Art Yoemans; and all of her siblings.

Dolores is survived by her children, Diane Yoemans, Lisa (Hugh) Wilson, and David (Charlie) Clark; seven grandchildren; eight great-grandchildren; and son-in-law, Jim Fallon. She is further survived by other relatives and friends.

Services and interment will be private. Arrangements were entrusted to Proko Funeral Home.