To share your memory on the wall of Daniel Stepler, sign in using one of the following options:

Later relocating to Illinois, he met and married the love of his life, Dolores “Lorie” Wisilinski on January 29, 1981. From that day forward, he lived for her and their 3 beautiful children. An absolute gentleman, through and through. He loved his bride and showered her with endless love for almost 40 years of marriage.

He worked his way through the automotive industry, starting out by pumping gas and finishing by owning and operating his own car dealerships with his family. At the beginning of 2020, he began retirement, which consisted of still working at the dealerships part time and spending most of his time with his wife and grandkids.

Dan enjoyed taking long bike rides and being a member of a biking club. He enjoyed outdoor activities such as fishing and hiking. He was also a member of the RecPlex, since it opened in 2000, where he enjoyed working out. On the weekends you could find him cruising in his yellow Corvette convertible taking trips to the casino and the Moose Lodge—where he was known to be the “best BINGO caller ever!” and at one time the Governor. While he was very strict with his diet, we could always get him to cave for some Lou Malnati’s pizza and a nice cold beer.

Family was absolutely #1 for Dan. Lorie and their 3 kids were the light of his life (that is, of course, until the grandkids came along!)

He lived for birthday and holiday celebrations, impromptu cookouts & family get togethers, golf outings with his kids or just a quick chat on the phone. When it came to the grandkids, he loved to take them on a bike ride, to the beach, have them over for sleepovers and was always front row at their sporting events where he cheered them on with great pride!

There truly is not one thing he would not do for his family.

Visitation will take place on Wednesday, December 30, at Proko Funeral Home from 4:00 p.m. until the time of service at 7:00 p.m. Interment will be private. In lieu of flowers please donate to Dan’s favorite charity, St. Jude Children’s Research Hospital.

Receive notifications about information and event scheduling for Daniel

We encourage you to share your most beloved memories of Daniel here, so that the family and other loved ones can always see it. You can upload cherished photographs, or share your favorite stories, and can even comment on those shared by others.

Posted Jan 04, 2021 at 04:05pm
sorry lori and your family. always liked to say hi to him. he did a fine job as gov. of our Club. and he was the best bingo caller.
leon rosko
Comment Share
Share via:
DC

Posted Dec 26, 2020 at 12:42am
Dan was known for being open and showing his love for his wife. I often thought of them as the over 50's club that still act like teenagers. They always made me smile. Watching Dan and Lauri together made me feel good about life just being around them, was special. Dan, I will keep her safe for you while she rides with me ,where ever we go!~BINGO or just coffee. Your family is and will be all caring of each other. Dan, you were a great example to your family and many others. Surely will be missed( PS) tell Santa I want a puppy!
Comment Share
Share via: 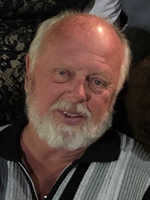