To share your memory on the wall of Cecelia McMath, sign in using one of the following options:

Print
Cecelia L. McMath was born on May 30, 1958, in Chicago IL. She was the sixth child born to the cherished union of the late Emil and Dolores Patricia Simmons.

Cecelia (favorably known by all as “Cece”), received her education in... Read More
Cecelia L. McMath was born on May 30, 1958, in Chicago IL. She was the sixth child born to the cherished union of the late Emil and Dolores Patricia Simmons.

Cecelia (favorably known by all as “Cece”), received her education in the Chicago public schools, most notably, Cooley High. She would attend an afterschool program at the Lower North YMCA where she became an avid swimmer. She would later instruct other beginner swimmers. In those early years, Cece would go on long walks with her best friend, Wanda. Their leisure walks will end up at places like Lincoln Park and Conservatory, Old Town, museums, and many historical landmarks.

Cece met the love of her life, William "Bill" McMath in 1980. Their relationship flourished and they were married on May 28, 1983. Cece embraced her role as a full-time wife and mother, but as the kids got older, she decided to enter the workforce and gained employment as a housekeeper. Within months, she began supervising the workers as well as provided their transportation. But the job that fulfilled her most was her children. Cece doted on her grandchildren and great-grandchildren and dedicated all her time and energy to her family whom she dearly loved.

In 2000, Cece and her family relocated to Kenosha, WI. She embraced her new surroundings began attending a local church. It was apparent that her role in the church was needed and instantaneously, she became head of the kitchen. She cooked, served, and cleaned the entire church regularly. Her talents would later lead her to organize the clothes and food drives for the church. While in these roles, Cece observed other areas of the church that needed her attention. She would oversee the classrooms and organized outings and playtime for the children. The kids adored her! Cece was the unsung hero of her congregation and the essence of the ministry she served so graciously.

Her past-time favorites include reading romance novels, cooking, shopping, watching old movies, playing the slots, dancing, and playing cards with friends and family while listening and singing to R&B “oldies but goodies”. Occasionally she would break out in song and dance to country music.

In addition to her parents, Cece was preceded in death by her son, Lavonte McMath, four children in infancy, and brothers, Emil Simmons Jr. and Gregory Simmons.

Receive notifications about information and event scheduling for Cecelia

We encourage you to share your most beloved memories of Cecelia here, so that the family and other loved ones can always see it. You can upload cherished photographs, or share your favorite stories, and can even comment on those shared by others.

Plant a Tree in Memory of Cecelia
Plant a tree 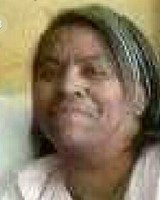 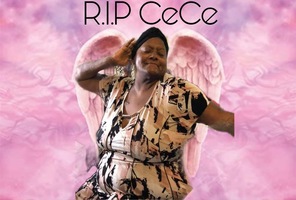