To share your memory on the wall of Brian Bohleen, sign in using one of the following options:

He was born December 27, 1940, in Pleasant Prairie, WI the son of the late Orin D. and Anna H. (Prange) Bohleen and remained a lifelong Kenosha County resident. He graduated from Westosha Central High School in 1959, and continued to work on the family farm until 1962. He married Dorothy Berent on June 23, 1962. After their marriage, Brian went on to work for Pedersen Brothers Implement, and later attended school and earned a certificate as a tool and die maker. He then worked for Hansen Manufacturing in Gurnee, IL, Custom Tool and Manufacturing, Frank L. Wells Manufacturing and Baker Tool. Brian also drove truck for his son, Brent Bohleen and later rode along with his son on jobs. He loved his place up north where he enjoyed four-wheeling.

Brian is survived by his wife of 58 years Dorothy; two children Brent (Lori Miles) Bohleen of Pleasant Prairie, WI and Deborah (Edward) Hackett of Mundelein, IL; the loves of his life, two grandchildren, Brian (Jessica Rodriguez) Hackett and Stephanie (Mike) Kammerer; and the apple of his eye, his dog, Twiggy.

In addition to his parents, Brian was preceded in death by his uncle, Philip Bohleen in 2016, who was like a father to him.

The Bohleen family would like to thank everyone at Brookside Care Center for their wonderful care and compassion.

Visitation will be held from 11:00 a.m. – 12:00 noon on Sunday, November 1, 2020, at Proko Funeral Home with funeral services commencing at 12:00 noon. Interment will follow in Green Ridge Cemetery, Kenosha, WI. In lieu of flowers, those desiring may make contributions to Brookside Care Center, 3506 Washington Road, Kenosha, WI 53144, in his memory.

Receive notifications about information and event scheduling for Brian

We encourage you to share your most beloved memories of Brian here, so that the family and other loved ones can always see it. You can upload cherished photographs, or share your favorite stories, and can even comment on those shared by others.

Posted Nov 17, 2020 at 03:18pm
My Dad was the hardest working man I have ever known. He always had time to take us fishing, and taught us how important it was to be good to the land & to animals. He hunted but it was to feed our family. He helped us learn about raising chickens, a garden, and getting fresh air. My kids were very blessed to have their “Papa” for the time they did. We all miss him & life will forever be different without him to talk to & listen to his stories. His heart was bigger than anyone I have ever met. He taught me to talk to strangers & to listen to others too. Even when his memory was starting to slip (we ALL experience those moments) he was doing things & talked to people about almost anything. It will not be the same for the holidays without you Dad. Love you always & forever. - Deb (Peanut)

Posted Nov 02, 2020 at 01:23pm
Dorothy and Family... Keith and I are deeply saddened to hear of Brian's passing. We enjoyed working with him at A.L. Hansen's and his occasional visits since then. Keeping you all in our thoughts and prayers...
Comment Share
Share via:
DB

Thanks for the prayers! Dad always talked about his time at A L Hansen! He loved everything about his job, but the drive! 😎👍
SK

Posted Oct 30, 2020 at 11:01pm
Papa, you were always one of Brian and I’s biggest cheerleaders and such a strong but sensitive soul. I miss you and will never ever forget you and all your wisdom and your genuine personality. I love you to the moon and back...
Comment Share
Share via:
LH

Posted Oct 29, 2020 at 07:06pm
Dorothy, Debbie & Family - May you find peace in your memories of Brian in this difficult time. From our hearts to yours - we love you bunches. 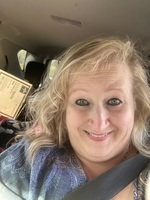