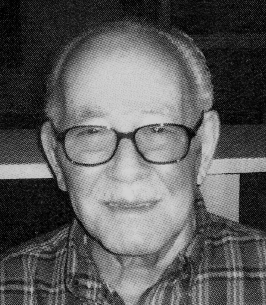 Born on April 17, 1929, in Cerisano, Cosenza, Italy, the son of the late Filiberto and Maria (Ziccarelli) Bilotto. Arduino came to America and settled in Kenosha in 1949. He met the love of his life, Nancy Angeli at vocational school and the two were married in 1953 at Our Lady of the Holy Rosary of Pompeii Catholic Church in Kenosha, WI. Arduino was employed as a hydraulic engineer at AMC Chrysler for 40 years prior to his retirement in 1988. He enjoyed spending his free time gardening, bird watching in his backyard, traveling to Florida, wine making and tasting, dancing, attending church picnics, and eating Italian food made by Nancy. Arduino was a 3rd degree member of the Knights of Columbus.

In addition to his parents, he was preceded in death by his brother, Carmine Bilotto; sister, Angela Lucanto; uncle, Emilio Bilotto; and brother-in-law, Battiste Lucanto.