To share your memory on the wall of Angeline Camilli, sign in using one of the following options:

She was born February 19, 1934, in Kenosha, WI the daughter of the late Dominic and Catherine (Lupia) Fabiano. She attended local schools and graduated from Mary D. Bradford High School. On May 22, 1954, she married Richard Hall in Kenosha, WI and he preceded her in death in 2001. On January 30, 2008, Angie married Thomas Camilli in Kenosha, WI.

Angie’s hobbies included trips to the casino, shopping, and eating out.

In addition to her parents, Angie was preceded in death by her first husband, Richard Hall in 2001.

Memorial visitation will be held from 9:00 a.m. – 10:00 a.m. on Saturday, January 16, 2021 at St. Elizabeth Catholic Church, 4816 7th Avenue, Kenosha, WI. Memorial Mass of Christian Burial will commence at 10:00 a.m. on Saturday. Please do not feel obligated to attend, Angie wouldn’t want anyone to risk becoming ill. Interment will follow in St. George Cemetery, Kenosha, WI. In lieu of flowers, those desiring may make contributions to the Alzheimer’s Association, in her memory.

Receive notifications about information and event scheduling for Angeline

We encourage you to share your most beloved memories of Angeline here, so that the family and other loved ones can always see it. You can upload cherished photographs, or share your favorite stories, and can even comment on those shared by others.

Posted Jan 09, 2021 at 11:00am
Angie was such a sweetheart always smiling,waving at me when she seen me,i loved to watch her play the machines, she would get so excited when winning, she would want to help me clean the table after they finished eating, I worked at a restaurant they visited,she always called me honey, she would give me a hug before they left,made me feel like family, I will miss her, Deb ( Ruffs)
Comment Share
Share via:

Posted Jan 08, 2021 at 10:55am
I work at Sheridan rd McDonald’s, where Angie and Tommy were regular customers. I loved seeing Angie come in and missed her when she wasn’t able to come. She never knew my name, but always recognized me as “the lady with the hat”. I will miss her dearly.
Comment Share
Share via:
DD

Posted Jan 06, 2021 at 06:53pm
She was my best friends, Mom. Many many years have passed but she always remained in my heart.
Comment Share
Share via: 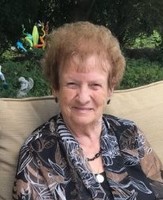